TASER® Projectile Stun Guns use proprietary technology to incapacitate dangerous, combative, or high-risk subjects that may be impervious to other means, regardless of pain tolerance, drug use, or body size. The TASER&reg device is among the safest use of force alternatives. TASER® devices use technology that will stop a focused, goal oriented subject from up to 15 feet away. Here is what several law enforcement officials had to say about the TASER® device. 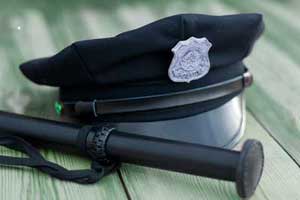 “The bottom line is it could save lives.”

“It will assist us in [catching] a violent predator without serious injury. Our job, whether it is a victim or a suspect, is to save lives.”

“Deadly force is the last thing we want to use. I like the idea of hitting them with a TASER&reg Device, putting them down and arresting them without anybody getting hurt. If we save one life by using it, then I think it will be money well spent.”

"To have an entire year where you don't shoot anybody unless they were carrying a gun, that's remarkable. I can't think of a single advance in law-enforcement technology that is going to save the number of lives that the TASER&reg device will save; and no, I don't own stock in the company."

“The TASER&reg device is the next step up the technological ladder of non-lethal weapons that reduces officer injuries and suspect injuries.”

"I've been a police officer for 24 years and I have never seen anything better that gets people to comply quicker and with fewer injuries."

“The whole point is for police to have more options to end a confrontation without further injury to the officer or the suspect.”

“Stopping suspects without having to wrestle them to the ground saves injuries to officers and the people they’re arresting.”

“I’ve seen cases where officers have shot a suspect with a knife. With a TASER&reg device, they have another option. I think this is a super alternative. It helps us stay safe, to accomplish our mission, and has minimal impact on the suspect.”

“Any time we have a tool that could help us resolve a situation with less force, it is going to help us. The TASER&reg Device can helps us diffuse a situation before it escalates to the use of lethal force.”

“It gives us another intermediate tool to use without getting into a level of force where we’re going to cause permanent or disabling injury to somebody or risk ourselves.”

My name is Scott Berry; I am the Sheriff of Oconee County Georgia. We have deployed the TASER&reg device for approaching two years, in the jail, on patrol and in investigations.

Since having the TASER&reg Device available as a use of force option:

We have had ZERO baton impact strikes against violent or aggressive arrestees We have had ZERO workers comp claims due to fights, struggles, or other events where a TASER&reg device was available.

We have had ZERO repeat "customers". Once a TASER&reg device has been deployed, we have not had to deploy it twice against the same individual. In fact, the individual with prior experience is VERY LIKELY to submit to lawful authority.

I can not think of a device in my 28 years that has had the impact on Law Enforcement that the TASER&reg device has. Thank you for your product, your customer support, your training and your service.

Thank you for shopping with us! To view our entire catalog, click here!