Please sign in so that we can reply to your inquiry!

Witness the power of TASER® devices in action! 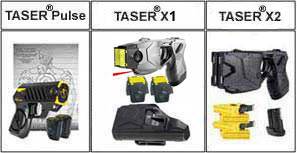 TASER® Devices
are the Most Effective! 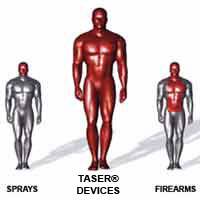 I am a bail bondsman in Nassau County, Florida. Two days ago myself and a colleague had to go to a defendants home to arrest him. Upon opening the defendants bedroom door we were greeted with a fully loaded revolver pointed at us. At that time, I deployed my Taser which completely incapacitated the subject and allowed my colleague enough time to get handcuffs on the defendant. After the sheriff's office arrived I was informed by the deputy that the primer of the first bullet in the gun had a hammer indentation in it and that the gun must have mis-fired. Thank God that my Taser was effective enough that the defendant did not have time to pull the trigger again. As a former police officer I would hands down say that this is the most effective non-lethal weapon that I have ever seen. I will forever own one.

My family and I thank you!
Chris Hartley
Nassau County, Florida
John C. 03/03/2021, 03:56 PM
Thanks Stungunsuperstore.com. I'm in the music business as well as private security and just received my own Taser X26p today. I had the opportunity to test this weapon about six months ago and see it's true effect on a suspect/actor, it was exactly what I expected, thus I bought my own. Security and law enforcement alike are always looking to find new ways to lessen the risk of bodily harm to themselves and the suspects/actors as well. Taser technology is that integral part of the equation that improves safety and efficiency for all parties involved.

Your shipping was prompt and I thank you.